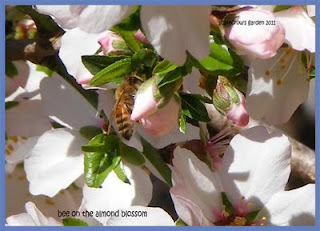 With sunny days this week the bees have been out
among the Almond Blossom!
Temperatures rose to 24C+ this week. With this the wind picked up and by Wednesday it was trying hard to rain. Thursday night saw 8mm of rain fall.

Propagation:
Seeds:
This week saw Greens planting dates from the Thomas Zimmer Moon Planting Chart...I noted that at the bottom of the chart it says that some seeds can be sown on either Green or Fruit days these include Cucumber, Melons, Leeks, Shallots and annual Flowers.

Into a cell/seed tray went Cosmos Cosmos bipinnatus
A mixture of colours and forms from the seed box!
Pink/Candy Stripe from some home saved and from Mr Fothergill's seeds, Seashell Mix from 4 Seasons Seeds, Sensations Mixed from DT Brown, Yellow home saved seeds and a Mixture of home saved seeds.

Also into a cell tray went some of Green Harvest's Clucker Tucker™ seed mix that came with the Kit I bought. This mix contains some unusual seeds to plant for chicken forage!! It will be interesting to see how some of these seeds grow here, maybe they will outgrow some of my weeds!! I am starting these in a seed tray so I will know what the seedlings will look like.

Potting on/up:
Tomatoes: Big Rainbow, Pineapple, Grosse Lisse
Root cuttings and rhizomes from Green Harvest these will be grown in wicking tubs/boxes or large pots around the garden this year. There is some Ginger Zingiber officinale too but that can stay inside for a while until things warm up a bit. 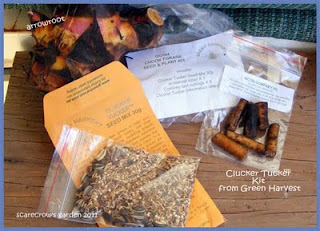 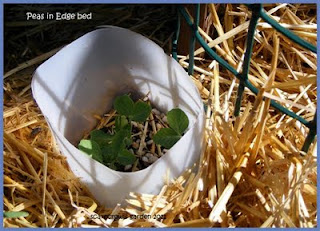 Peas Dwarf Onward
Lemon Catnip Nepeta cataria spp. citriodora
Parcel Apium graveolens var. Secalinum
Into the Kitchen Garden Pathside Edge Bed which had become choked with Greek Oregano and Mint. These have now been removed and I hope this will once again become a useful picking bed. 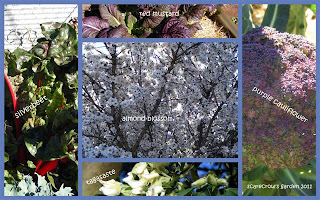 With almost spring weather the garden has come alive...
...it won't last though the temperature
is set to drop for the weekend!!
Weekly Harvest Tally:
Doesn't include Greens fed to the chooks on a daily basis or herbs picked for use in the kitchen for cooking or tea making. The highlight this week continues to be the Celery which is providing a handful of leafy stalks for our morning juice!!
Celery American Stringless 470g
Celery Pink 150g
Radish French Breakfast 50g
Silverbeet 180g

To see how the various Garden areas fit on our half acre block check out the newest Map of our place HERE
Posted by Scarecrow at 16:45

Thank you for leaving your comments. As soon as I check them they will be published. 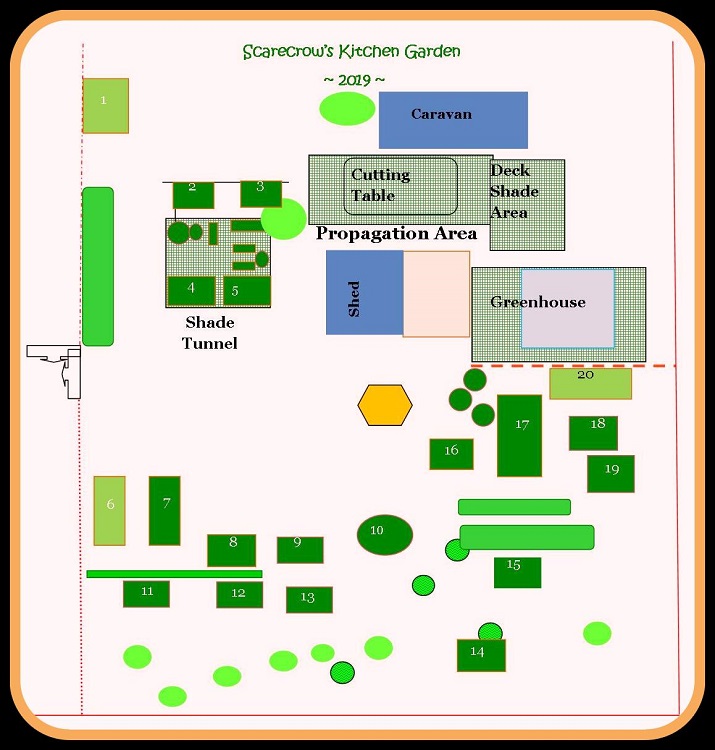